Today, the group released a new single and video for the title track as well as a second single for the song, “100 Thousand Years.” Find both below.

“As a composer and producer, I’ve worked on many different styles of music, but at my heart I’ve always been a melodic rock musician,” says Cenk Eroglu. “I recorded demos in this style between 1984 and 1998 and wrote over 500 songs, all of which are pure classic melodic rock. I’ve been trying to find the right singer/songwriter partner for years and it’s It was mission impossible. Meeting John Bisaha was a miracle. He is not only an amazing singer-songwriter, but also, spiritually, he was the missing piece to my reason for writing songs. Together we have chose 11 songs for this album and I really believe they are really unique. We called our band Crossing Rubicon (yes, that river in Italy that Caesar crossed – if you know the story). I was on the edge of this river for many years and I crossed it when John and I joined forces. If you’re in love with real melodic rock then this is it! I’m so grateful to have found John and Frontiers to lead the way. can’t wait to share these songs with you!”

“As a child born in the early 60’s, I had the pleasure of being exposed to an amazing array of music and styles. ‘From Bach to Rock’ as many say. When I REALLY started getting into in music, I locked myself in my bedroom as a teenager to absorb as much as I could and sing as many styles as I could. I naturally gravitated towards the “then” styles of rock, which are now considered “classic/melodic/album oriented” didn’t have a genre name for it back then! When my “style” of music went on sabbatical when flannel shirts and rap hit the airwaves, i knew i had to recreate myself and i hoped the day would come for a revival of my style of music.i have been Frontiers for a while now and i hoped one day i could be part of the family and bring a bit of me (and my family!) at the party. Once, I was contacted by Mario and put in contact with Cenk, all the pieces fell together. It was just RIGHT! I teamed up with a great songwriter, musician, producer, but more importantly, a friend and partner, something you rarely find these days. Thank you Mario, Serafino and the rest of the Frontiers family for this opportunity. I think you’ll enjoy what comes out of it,” says vocalist John Bisaha. 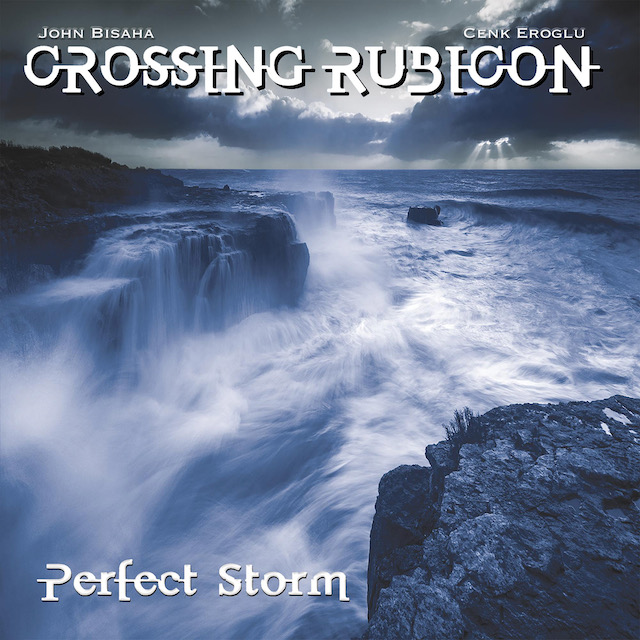