KABUL, AFGHANISTAN (AP) — Nabih Bakhsh’s family has been part of Afghan musical tradition for generations. His great-grandfather was a court musician to the Afghan Emperor 150 years ago. His father was a famous maestro and singer. Nabih also continued the family art, playing and running an instrument repair shop.

Until now. The septuagenarian had to give up music and turn his shop into a convenience store selling sodas.

Since the Taliban’s whirlwind takeover of Afghanistan six months ago, the songs have fallen silent in Kabul’s historic Music District.

Gone are the instruments that once filled shop windows in the alleyways of Kucha-e-Kharabat. Their owners packed them up and left, putting a centuries-old Afghan musical heritage in danger of disappearing.

Many are driven out because work has dried up due to the country’s economic collapse and fear of the Taliban.

The Taliban government has not officially banned the music, but musicians said individual Taliban fighters took matters into their own hands and targeted them, interrupting performances and breaking their instruments because they said the music was haram.

Recently, Nazir Amir Mohammed bid a tearful farewell to his family. A minibus was waiting to take him and other musicians to Iran, where they hope to be able to practice freely and pass on their skills to the next generation. 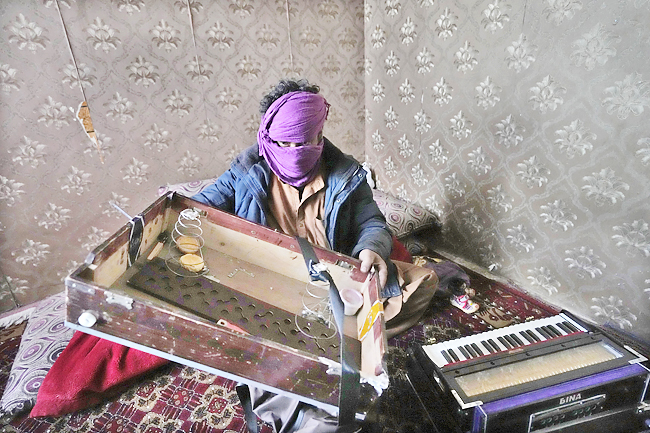 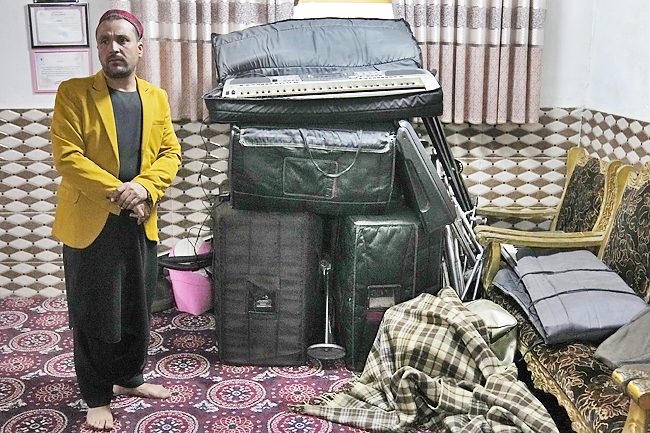 In a bag, hidden between layers of clothing, was his beloved rubab, a traditional lute-like instrument that took Nazir 10 years to master.

“The Taliban came to this street, told us that music was not allowed and should be banned,” he said. Like most street dwellers, her income came from attending weddings, concerts, and parties. Now it’s gone.

Those who remain have adapted to the new realities. The instrument repair shops that lined the street turned into small stalls selling sodas and chips, or clothes.

Traditional instruments are hidden in homes, even buried – including drums, lutes and harmoniums, an accordion-like instrument.

Vide is the famous music school, the only formal one in Afghanistan, its students and teachers evacuated. The Taliban stand guard outside.

In Kucha-e-Kharabat, classical musical traditions have been passed down from generation to generation, dating back to the 1860s when Afghan Emperor Sher Ali Khan invited Indian masters to delight the royal court in Kabul.

The convergence of two musical cultures has given Afghanistan a unique fusion: the structures of Indian classical music are blended with traditional Afghan folk songs.

As in India, Afghan music is also an oral tradition. Young people study for years under one master, called a ustad, and carry on their legacy.

Nabih’s great-grandfather, Ustad Khudabakh, was one of the first Indian masters to answer the call of the emperor.

After a life in music, Nabih now sells sodas to get by, earning around AFN 100 (US$1) a day. The faithful of the nearby mosque are its main customers. All that remains of the shop’s past life is the empty shell of a harmonium, full of rags. “I don’t know what happened to the guy who put me in to fix it, he had to leave,” he said.

“We don’t have any other skills, music is our life,” he said. “We don’t know how to be merchants, we don’t even know how to use weapons to rob people.”

Residents are afraid of Taliban fighters. A month ago, Zabiullah Nuri, 45, was returning his harmonium from his store when a Taliban patrol spotted it.

“They beat me and took my instrument. They broke it with their guns,” he said, sitting in his house and holding the remains of his harmonium.

To make ends meet, Zabiullah sold everything he could, including his television.

“It’s all over, my whole life has changed,” he said.

Issa Khan, 38, had been playing for an hour at an engagement party at a private residence when a group of Taliban stormed in. The activists also broke his instrument and told him music was banned.

He stopped playing after that.

But folk tunes still resonate from Mobin Wesal’s house. The voice of the 35-year-old singer animates the empty living room, bare except for his instruments stored in a corner.

The melody is one of Pashtu’s favorites: “Master, please don’t fail me in my exams. Love made me a fool.

He was part of a new generation of Afghan musicians who are reviving their heritage, he said, by introducing new lyrics and clever styles to the art form.

Her youngest son sat and listened intently. “I won’t teach him,” Mobin said, pointing at the boy. “He would be in danger.