Skipper swims for 6 hours to get help

SEMPORNA: A 46-year-old local skipper swam six hours to Pulau Mantabuan to seek help after his boat carrying 11 passengers capsized on Sunday. hole in the ship, during the incident which occurred between 4.30 p.m. and 6 p.m. in the waters of Pulau Mantabuan. He said the captain and passengers had earlier tied empty oil cans around the boat to prevent it from sinking before the captain swam in to seek help from authorities on the island. 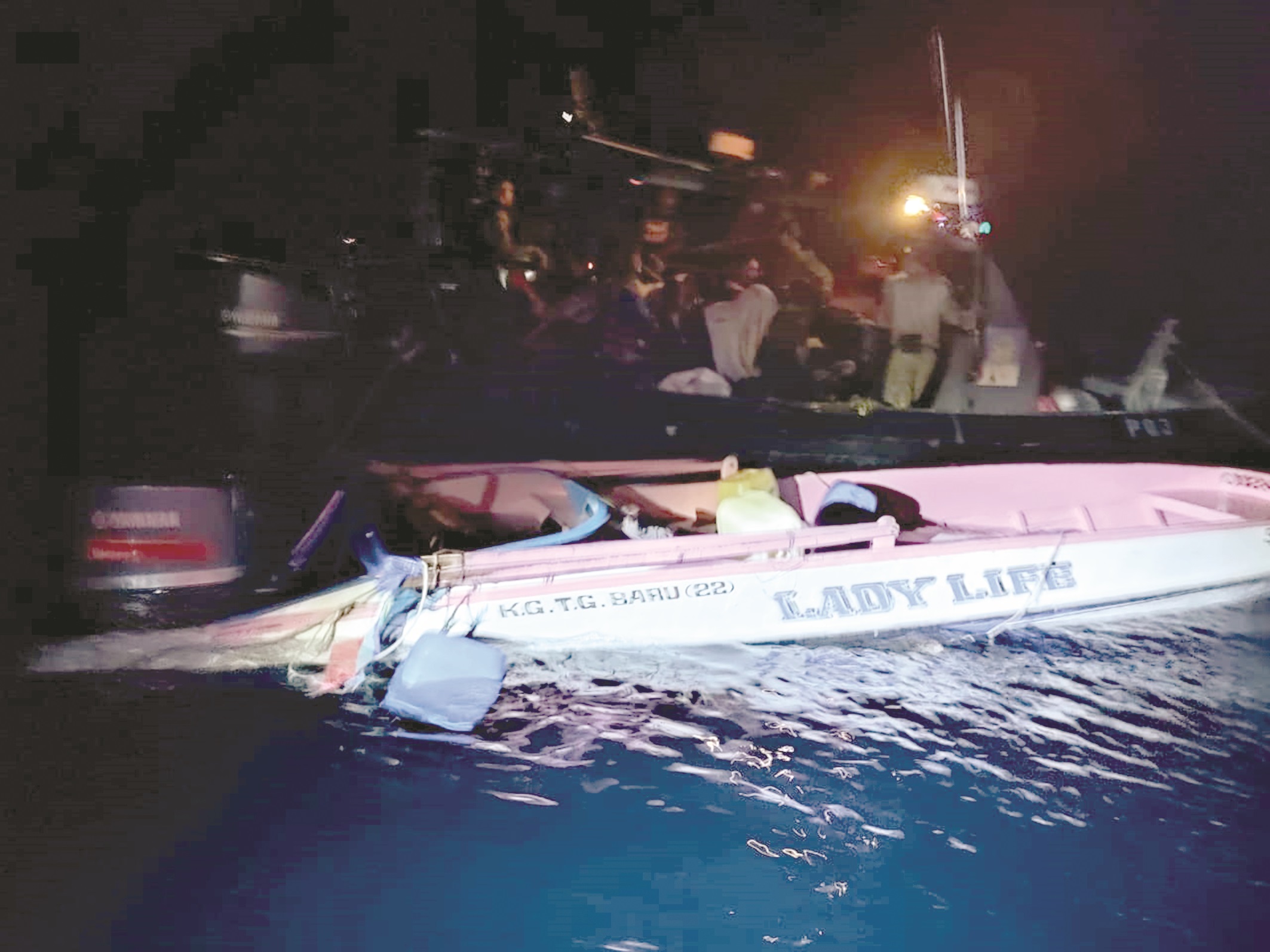 The wooden boat that sank after being hit by a floating log.

“The Malaysian Armed Forces immediately launched a rescue operation,” he said on Monday. He said the passengers included nine men, two women and a boy aged between three and 79. Four of them turned out to be illegal immigrants, while the others were in possession of documents, he added.

The master was arrested under Section 280 of the Penal Code for operating a ship in a reckless or negligent manner, while the four undocumented passengers were detained under Section 6(1)(C) of the Immigration Act of 1963 and the others were released after their statements were recorded. Mohd Farhan Lee urged all boat skippers to adhere to established safety rules to avoid any untoward incidents.
* Follow us on instagram and join our Telegram and or WhatsApp channel(s) for the latest news you don’t want to miss.