Sygnal To Noise announces that their new album, Human Condition, will be released via Dark Star Records worldwide on June 3. The album will be available on all digital platforms and top retailers including Amazon, pop market and fye. Ordered here.

Sygnal To Noise’s title track, “Human Condition”, is currently featured on the album We Stand With Ukraine released by Dark Star Records. Listen to the track below.

“This album is a reflection on life. It’s a contemplation of where I am in this world and my place in it.” – Coopa, lead singer

“Sygnal To Noise comes like a nuclear weapon, destroying everything in its path. They’re a band to watch, and yes, they’re the bomb!” – Jeffrey A. Swanson / President, Dark Star Records

Sygnal To Noise, a melodic hard rock band, was founded in February 2013 by frontman, Coopa, singer-songwriter and veteran of the New England music scene. Their mission is to help bring rock ‘n’ roll back to modern fans and restore it to its former glory on mainstream radio.

Sygnal To Noise have been greatly inspired and influenced by bands like Queen, KISS, Alice Cooper and David Bowie, for their showmanship and visuals with a mix of bands such as Stone Temple Pilots, Alice In Chains, Soundgarden and Pearl Jam for their composition. and vocal styles.

Have the perfect mix of creativity and diverse talents; Breanne (Breezy) Powell on bass, Christopher Skehan on guitar, Dave Pike on guitar and Nick Coffin on drums; and their combined creative process, passion and vision is what drives their focus and motivation for the future of rock ‘n’ roll.

The band offers a large interactive live visual performance, with visual arts, as well as cameras and stage effects, to help immerse the audience in the music. This combination creates a more satisfying live visual and audio experience.

Founder and leader, Coopa’s personal inspiration came from big names in rock ‘n’ roll such as Queen, KISS, Bowie, Prince, Motley Crue and Marilyn Manson for their visual showmanship as well as many big bands in the world. 90s era, for their songwriting. Coopa honed his guitar skills over the years, making him the well-rounded musician and songwriter you hear today.

The group rocked notable events such as Daytona Bike Week, Laconia Bike Week, Windham Tattoo Festival, Rise Above Fest, Rock The Block Fest and Jersey Shore Fest to name a few. Sygnal To Noise has set the wheels in motion to bring rock music back to its rightful place. 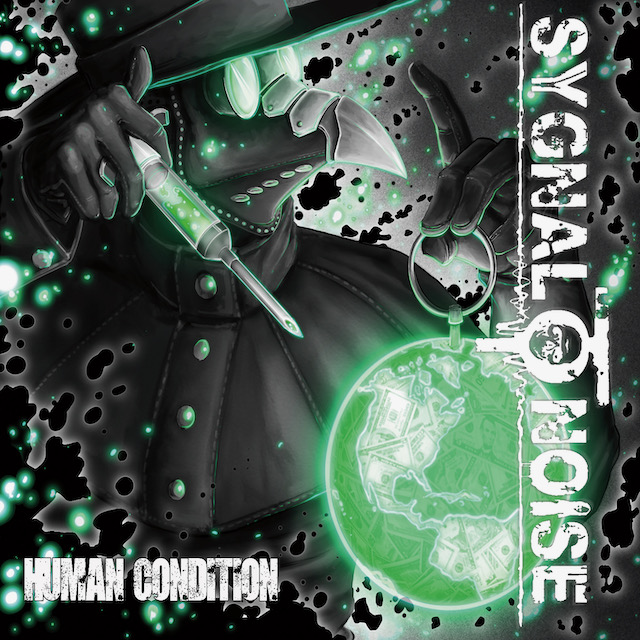